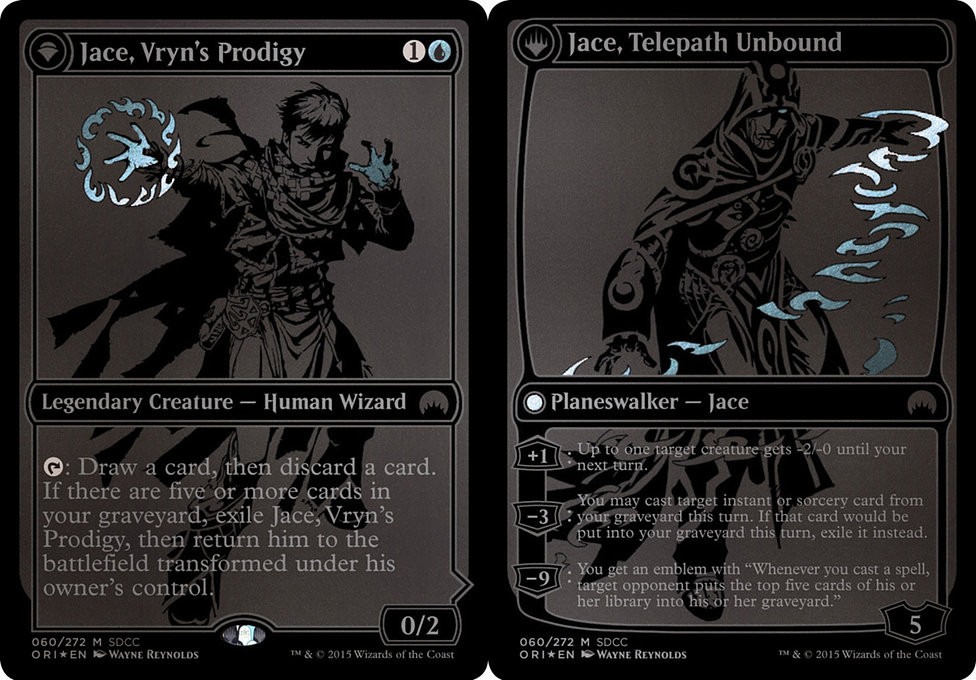 Rarity: Mythic
Card Text: {T}: Draw a card, then discard a card. If there are five or more cards in your graveyard, exile Jace, Vryn's Prodigy, then return him to the battlefield transformed under his owner's control. // +1: Up to one target creature gets -2/-0 until your next turn.
−3: You may cast target instant or sorcery card from your graveyard this turn. If that spell would be put into your graveyard this turn, exile it instead.
−9: You get an emblem with "Whenever you cast a spell, target opponent mills five cards."
Color: Blue
Collector Number: 60
Artist: Wayne Reynolds
Set: San Diego Comic-Con 2015
Color Identity: Blue
Type: Creature Planeswalker
Mana Cost: {1}{U}
Language: English